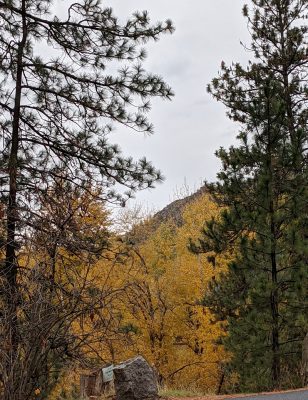 Wilderness – What is it?

When I read about the wilderness, I think about a barren place. A desert with no trees. Miles and miles of nothing to look at; a hot sun beating down and no provisions. Like the stories of old Death Valley with the pictures of cattle skulls lying around. I can’t imagine wandering in a wilderness like that.

Or in the deserts of the Holy Land. I’ve not been there, but I’ve seen the pictures. How could anyone survive 40 days and nights in such a place?

Just driving across the boring desert of two states to go visit my son and his family is desert enough for me.

Or is wilderness the dark places deep in forests? How scary to be lost at night in the dense darkness, listening to the rustling of foliage and sounds of night creatures. And not have a clue as to where you are. What if it’s cold or raining, or even snowing?

Or maybe the wilderness is the rolling moors like the ones in England where the Gothic heroines get lost in the dark with the wind blowing their hair and skirts. Even their lamps go out. And they are lost. Watch out for those cliffs ahead!

At least one thing is certain. The wilderness is a desolate habitation where nobody ever wants to go. Yet, it seems that the wilderness is a required site. Maturity and wisdom seem to grow in the lonely places in ways that can never happen without some kind of sojourn.

Before Jesus ever began His ministry, He went to the wilderness. I have always wondered why He had to do that first.

Was it to be tempted by the devil? That happened at His weakest point. Did the devil think he could have an easy victory at that juncture? Though the devil may have plagued Jesus for 40 days and nights, he could not have even been there without Father God’s permission.

Jesus was trained in spiritual warfare in that setting. I think He must have put on His armor as He thrust His Sword (the Word of God) at the devil over and over before that adversary left. Jesus, as a Man, was prepared for ministry in the barren place.

Truly, the desert of our souls is where we are prepared for the tasks God has for us to do in this life. Like Jesus, we must be trained to answer our call.

But perhaps the first and most important reason that Jesus went to the wilderness is because that was the one locale where He would meet His Father with nothing else coming between them. No distractions. A place where He could hear His Father’s voice clearly. Feel His presence sweetly.

Maybe Jesus longed to be with His Father. Just the two of them. For 40 days and nights. Just Jesus and Dad. I wonder what loving fellowship they might have had in spite of the devil crashing in on the scene?

I don’t know about you, but it’s a new idea to me to think we might be called to the wilderness experience because our Father God wants time with us. With distractions and responsibilities suspended for a season, maybe we are ready to sit and spend time with Him.

Maybe the wilderness is our friend.

“Yes, I have loved you with an everlasting love; therefore with lovingkindness I have drawn you” (Jeremiah 31:3 NKJV).

I delight in finding God’s presence in creatures and nature. He encourages me greatly in this way. My blog posts are often inspired by what I see around me. END_OF_DOCUMENT_TOKEN_TO_BE_REPLACED 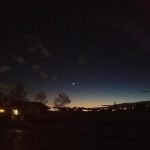 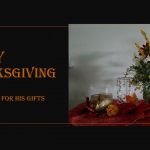 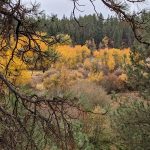