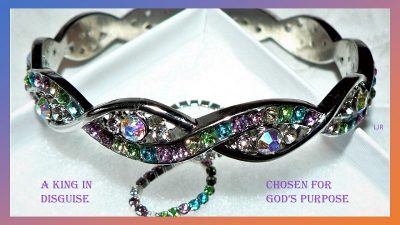 A Strange Way to Save the World*

I love this song, and only hear it this time of year.  I am struck by the utter humility of Joseph, chosen by God to raise the Child Jesus.

In the song, Joseph asks:

Why did God choose him, a simple man of trade?

Why did God choose Jesus, there were plenty of rulers in the world.

Why did God choose such a place, a stable filled with hay and animals?

Why did God choose Mary, a simple girl?

And how could Joseph have ever guessed the path that his adopted Son, Jesus, would tread to save the world?

A King In Disguise

Joseph was king in disguise. But who knew it then? Who even thinks of it now? But it seems, over time, generations tend to forget who we are. Royalty become peasants and the poor climb to the heights. The ebb and flow of life.

Joseph could have been sitting on the throne instead of Herod. His royal blood, from the ancient kings of Israel, gave him the right. But he didn’t know it. Mary, too, had royal blood. Both were descended from ancient King David of Israel.

But God knew. And disguise fit the plan for the Savior of the world.

For our benefit, even today.

Joseph’s part in Jesus’ life was as indispensable as Mary’s, strange though that may sound. Besides his royal lineage, Joseph was a humble man. He may have wondered how he could raise this Child, who came from all knowledge.

But God chose Joseph to provide, protect, teach and care for his family. Like God commissions husbands and fathers even now. But Joseph was charged with raising the Son of God. He taught Him a modest trade. Yet, at the same time, Joseph learned from this boy who taught teachers in the temple in Jerusalem when He was twelve years old.

How does one process such a circumstance?

But Joseph chose to listen to and obey God.

God knew he would.

While Mary bore the Messiah, it was not Mary who received directions from God for their family, it was Joseph. A man of character who put others before himself. A man that I think must have inherited this title from his ancestor, King David: “A man after God’s own heart.”  Joseph, the king in disguise, the man trusted to raise God’s own Son on earth.

He prepared him for a great task.

In spite of his questions, Joseph was all in, no matter what God asked of him.

God often puts puzzles before us that we don’t understand. Joseph couldn’t possibly have comprehended the vastness of God’s plan before him. We don’t know how far reaching our own situations may be. We don’t even know where we have come from. Or what we carry in our ancestry.

It’s good to remember this Christmas that God is still choosing us for His purposes. How many of us are in disguise?

God calls us His children.

He has tasks for us to do for Him.

It’s time to surrender our hearts to Him. In this season and any other.

That is the response God wants from us. He will do the rest.

« Upheld In Immanuel
Upheld In Christmas »

I delight in finding God’s presence in creatures and nature. He encourages me greatly in this way. My blog posts are often inspired by what I see around me. END_OF_DOCUMENT_TOKEN_TO_BE_REPLACED 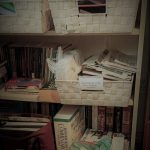 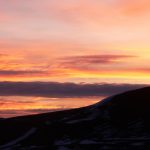 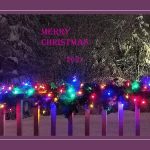