Caleb went with ten scouts to check out the land God that gave the Israelites. The only thing is: they had to do battle with the inhabitants to take the land. They elected not to.

This displeased God and, under Moses’ leadership, for forty years they wandered the desert until the grownups all died. The next generation was gung-ho to move forward.  God called Joshua, who was to lead the Take-The-Land Campaign. He accepted the commission.

Caleb had urged the previous generation to go into the land. We are told that he followed the Lord wholeheartedly. It must have chafed him to have to wander around aimlessly for another forty years when he wanted to jump in and move ahead.

Yet, Caleb was faithful. It took many battles up and down the land to clear it for Israelites to settle. Though the land Caleb wanted was freed early on, he stayed with Joshua and battled through until his brethren could proclaim victory.

Then, as Joshua appointed land to tribes as God directed, Caleb approached him.

“I am eighty-five years old. Just as my strength was forty years ago, so now is my strength. Give me the parcel that God spoke about and Moses promised to me then.”

Joshua gave it to him. A man whose life had been dedicated to God.

I have always admired Caleb. He stuck to his convictions. Though he’d seen the same giants the other scouts saw, he trusted God to give them victory. Then, he wandered the desert for the next forty years as his contemporaries all died. Waiting for God’s promises.

To voice the right message must make it very painful to suffer the consequences of the message being rejected. I’m sure I would not be patient so long. Forty years is a long time, and my lifespan isn’t long enough.

I’m not too sure I am so generous as to defer the fulfillment of a promise to me until others realized theirs first. But I am thankful for Caleb’s example as they marched into the land for battle, and he saw it through to the end before he pursued his own land.

By the time he was eighty, he was commanding armies. Age never slowed him down. I want to be like him when I’m eighty!

Did Caleb lift weights? Probably so. I would think prodding animals up and down hills, lugging equipment, tents and other living paraphernalia probably were the equivalent of what we lift at the gym! And he probably took enough steps daily to keep fit, with or without a fitbit to measure it.

God intends to use us as long as we live on earth. There is no time for living lazy—even as we age. This doesn’t mean we don’t rest periodically, but it does mean that we watch for every opportunity to act no matter our age.

Caleb’s integrity is a great model. It can bring great rewards.

“Hebron therefore became the inheritance of Caleb the son of Jephunneh the Kenizzite to this day, because he wholly followed the Lord God of Israel” (Joshua 14:14 NKJV).

I delight in finding God’s presence in creatures and nature. He encourages me greatly in this way. My blog posts are often inspired by what I see around me. END_OF_DOCUMENT_TOKEN_TO_BE_REPLACED 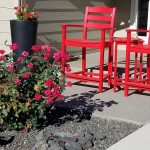 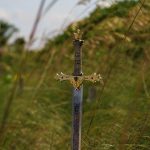 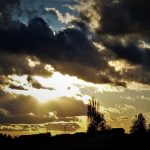