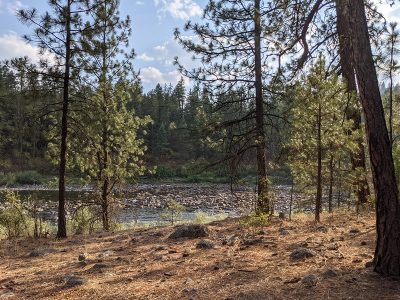 What a difference a few months make! This river rages into white water rapids in the Spring during runoff. But now, in the early Autumn, I see a lazy current making its way around a river rock bed. Not a sight usually seen on this river. Perhaps the drought has something to do with it this year.

It is sort of like how we live our lives. Because most of the time, we live in the shallows of our experiences, the depths are rarely seen. Until they manifest in ways we would sometimes rather they would not.

I step outside my door at home and it’s either uphill or downhill. A walk is not just a walk in my neighborhood, it is always a workout. Therefore, I must come up with a plan to get out of the house. It’s a no-brainer to jump in my car and head for my favorite place—the river.

Bowl & Pitcher, Spokane River is my go-to destination. A safe place for an old lady to wander about by herself, body and soul both prosper from such a visit.

This time, I headed south of the footbridge. Everybody plays on or around the suspension bridge, and I decided to not cross the river and to wander south on the bank instead. The path curves around the riverbank, below the big picnic shelter. One must wander on the pine needles under the trees to get there.

The late afternoon sun slanted its rays around the trees as the landed on the ground. One noisy bird had plenty to say above me. The muted sounds of human campers from the north teased my ears along with the burbling from the river.

As I meandered along the river path, I frequently stopped to watch the water dance across the bed of rocks not usually visible. It fascinated me. I’m used to seeing a rush of water skimming the tops of the rocks.

The water gurgled and churned over the rocks, exposing where the current flows. I wandered. The bird chirped. And then I sat.

The cliffs above made sharp contrasts against the sky and Autumn was clearly in the air.

Did summer just go up in a puff of smoke?

Unsettled as I arrived, I felt my spirit slowing down to rest. God was here. He always is. But I don’t always sense Him. Maybe because I am too busy churning up my own waves instead of looking at what He has exposed for me to see.

But God never leaves me to agitate alone. He brings me to the place of looking at the depths, even if He has to uncover them for me. So, I look. I know there are too many rocks for me to deal with, I have to come to Him. The rocks are nothing for Him.

All He asks is that I come to Him. He will deal with my rocks. He will finish in me what He has begun. I can trust Him with all my rocks.

“Being confident of this very thing, that He who has begun a good work in you will complete it until the day of Jesus Christ” (Philippians 1:6). NKJV 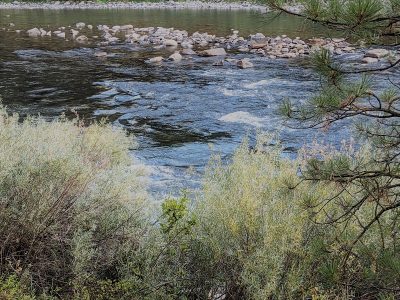 I delight in finding God’s presence in creatures and nature. He encourages me greatly in this way. My blog posts are often inspired by what I see around me. END_OF_DOCUMENT_TOKEN_TO_BE_REPLACED 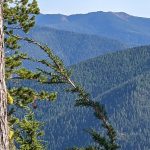 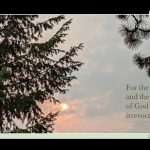 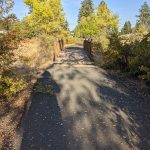