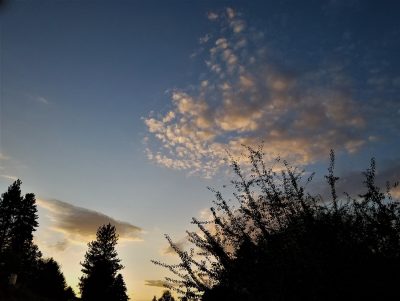 Did you ever wonder about how the devil managed to challenge God in a contest over a man?

I am referring to the story of faithful Job, in the Old Testament. The enemy just sort of sauntered his way into the throne room of God when the other angels came to present themselves. I imagine he brought his sardonic attitude with him.

Then God asked if he’d noticed his servant Job, a faithful man.

I think Satan snorted when he replied that he had. And why shouldn’t Job be faithful? He was protected.

Did you catch that?

God is the one who instigated this contest over Job, not the devil.

I was surprised when this idea first occurred to me. I’ve always thought that the devil provoked God into proving that a faithful man lived on the earth. But that is not how the Scripture reads. The enemy came to court, but he did not speak until God spoke first to him.

And the contest began. Only it wasn’t Job who cursed God, it was his wife. I wonder if the devil considered that a minor victory?

Once Mrs. Job uttered her famous only line in the Scripture, “Curse God and die!” Job rebuked her gently. Possibly he was disappointed in her. Maybe he expected her to show the same steadfast faith that he did.

But not all of us have instant faith. Some of us must work through reactions, grief, guilt, and a lot of other emotions before we finally come to faith. God knows this about us. His rebukes of us are often loving and gentle. He gives us the time to process.

Job and his wife suffered much. I think they probably wondered why God allowed the suffering in their lives. And it was intense.

But God showcased a faithful man. And it is written that we might learn.

I wonder if Mrs. Job worked her way through repentance to find God had an eternal purpose for her, too? Her outburst was written that we might learn, as well.

“All Scripture is given by inspiration of God, and is profitable for doctrine, for reproof, for correction, for instruction in righteousness, that the man/woman of God may be thoroughly equipped for every good work” (2 Timothy 3:16-17).

« Upheld In Encouragement
Upheld in the Last Gasp »

I delight in finding God’s presence in creatures and nature. He encourages me greatly in this way. My blog posts are often inspired by what I see around me. END_OF_DOCUMENT_TOKEN_TO_BE_REPLACED 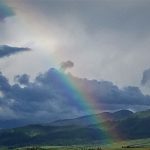 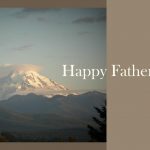